WerkNet
Your Family
Your Career
Your Health
Your Money
You and the Law
Occupational Guilds
Solidarity Youth
S-Leer
Home › Articles › Are you a toxic parent without knowing it? 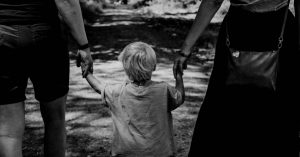 Dysfunctional parents are pretty common, but usually they are not aware of how toxic they are. They think they’re doing their best – and some of them really are, which makes it all even more complicated. Toxic parenting goes way beyond the occasional blow-up. It takes the form of silent patterns that influence crucial aspects of their children’s personality, which they carry with them into adulthood.

Experts say that the dynamics of toxic parenting can be difficult to recognise, particularly for those children who still encounter their parents’ hurtful behaviour regularly in adulthood. Some toxic parent situations are fairly obvious, but others are less evident. Toxic parents can be intentionally malevolent, but more often, they’re just self-centered and don’t understand that their children have their own conflicting emotional needs and desires. “Everything revolves around them first and foremost,” says therapist Heidi McBain.

Are you a toxic parent? Look at the following traits and see if you identify some of them in your own behaviour:

A toxic parent will have the need to constantly find flaws, imperfections and weaknesses in everything their children do, thinking that thereby they are actually helping their children to avoid making mistakes in the future. Unfortunately, this isn’t the case, and this attitude comes with many consequences. Research shows that children with overly critical parents tend to develop anxiety that lasts a lifetime and that they will have a harder time adapting to adversity later in life.

Toxic parents sometimes label their children. As a result, toxic labels such as lazy, problematic, selfish, and inconsiderate result in parents influencing their children to be locked into a negative identity. Labelled kids are usually fraught with frustration, hurt, anger and resentment.

Using phrases such as “You always …” or “You never …” allows little room for a child to make changes to their behaviour. Instead of globalising behaviour you want to see changed, use language that provides an opportunity for growth, such as “You seem to be upset when…” or “How can we work through this issue together?”

Toxic parents have a really hard time accepting that their child is a grown adult who is completely separate from them. Boundaries are a normal and healthy part of any relationship, but a toxic parent will often try to cross these boundaries because “I am the parent, therefore I know best”.

They will invade their child’s personal space. They want to know everything about his or her personal life, they will open their mail or come over uninvited. When parents dodge being a parent and instead become a friend, the results are disastrous. For toxic parents, this can include dressing like their child, or befriending their child’s friends (to an inappropriate degree). The roles of parent and child need to be firmly in place with clear boundaries in order for a child to feel comfortable and grow to be a mentally healthy adult.

Children must be able to begin to take care of themselves at a certain age. “Doing everything for your kids is actually a toxic parenting behavior,” explains Dr Barbara Greenberg, a clinical psychologist. “This gives them the message that you don’t think that they are competent and prevents them from developing skills.” As soon as they are able, children should be given age-appropriate tasks, such as feeding the family pet, or helping with the laundry.

Toxic parents can resist the idea of children gaining autonomy. “They may struggle with kids leaving the home and living their own lives, like an extension of them is out in the world,” McBain says. People with these kinds of toxic parents are not allowed to grow up, and can see their adult decisions undermined and their lives controlled as they were when they were younger. Therapists refer to this as enmeshment, when it’s very difficult for grown children to move out of the family dynamic into an independent life. If autonomy is asserted, these parents can become confused, miserable, manipulative, or aggressive.

Codependency between a parent and child sets up an unhealthy dynamic in which the child feels guilty for outgrowing the parent (something that is natural and healthy).

The toxic parent is the only person in the family allowed to express negative emotions, and those of other members of the family are never valid. His or her feelings are always justified and he or she can be very emotionally reactive to negative opinions expressed by others. This leads to other family members remaining quiet and hardly ever plucking up the courage to express an opinion.

“Toxic parents may also be physically or emotionally abusive,” says McBain. Abuse of any kind is often concealed, making it difficult for children to confide or reach out for support. Making a child complicit in the concealment of this abuse, while also subjecting them to its effects – embarrassment, isolation, the inability to trust a parent, a chaotic childhood environment – is a sign of toxicity.

Toxic parents don’t take any responsibility for their own behaviour. They blame it all on the child, who always ends up being the one apologising when things go wrong. In a nontoxic situation the feelings of all parties are rated and taken care of equally. One kind of toxicity, however, means that the feelings of the toxic person always dominate any situation – possibly because they’re the loudest and most volatile. Their kids’ wants and needs are ignored or not thought to be important or are minimised. Toxic parents can demand to come first in every situation, including in those where their needs are not the priority. This  emotional invalidation can have a lot of long-term consequences, including making the child feel as if they’re wrong or crazy for having rational emotional responses.

7. You talk at your child instead of with him or her

Dr Greenberg says communicating in the right way is key for parents. “Toxic parents are known for not listening to their kids, but instead talking over them or at them,” she says. “If parents recognise themselves doing this, they should make a concerted effort to remain silent and listen, listen, and listen some more. If kids feel listened to, they will talk more and confide more.

Every child will bring home a friend or two that may not meet the parents’ approval and  cause you to raise your eyebrows. Expressing criticism about your child’s friends will only lead to a toxic outcome, says Dr Greenberg. “If you criticise their friends, you are criticising your kids. At least, that’s what they take from this behaviour. Instead, find out why each of their friends are special to them,” she recommends.

One of the worst behaviours of a toxic parent is comparing a child to his siblings or friends in the hopes that he will exhibit the same good behaviour. Dr. Greenberg says that instead  “ … you should celebrate each child’s individuality; comparisons damage self-esteem and do not serve as motivation.”

10. You need your children to take care of you

One classic toxic pattern in parent-and-child relationships, McBain says, sees the parent asking the child to be their parent, and to fix and support them. The technical term for this is having an emotionally immature parent. It doesn’t refer to helping a parent if they’re disabled, or things like getting them food when they’re sick. Instead, it makes demands on the child’s emotional and physical energy to make the parent feel safe and loved – which is meant to be the parent’s job, or a two-way relationship between adult children and their parents.

Toxic parents can put their children, adult or otherwise, in uncomfortable or even dangerous situations without any respect for their feelings or safety. “They may not keep their kids safe, or may make poor choices that put their kids in danger,” McBain says. This is  a form of neglect that makes it clear that their child’s environment isn’t at the top of their priority list, if it’s present at all.

12.You scare your children

Adults who find that, despite their secure jobs, friendship groups, outside support and other trappings of independence, they still feel fear when their parents call may have experienced a  toxic childhood. After meeting or visiting the parent, they may come away feeling miserable and even physically ill. They don’t really believe that their parent can’t hurt them, and retain the feelings and emotions of their childhood whenever a raised voice or potential argument threatens.

The good thing is that toxicity doesn’t have to be permanent and can sometimes change into a reasonable adult relationship, says McBain. A toxic parent or caregiver may be willing to build a healthy relationship with an adult child – one in which their own problems don’t dominate the landscape. Relationships can be rebuilt provided everybody is willing to do the work, change and move on.

11 bad parenting traits you have – without knowing it.

7 signs you have a toxic parent.