WerkNet
Your Family
Your Career
Your Health
Your Money
You and the Law
Occupational Guilds
Solidarity Youth
S-Leer
Home › Articles › At wits’ end with your whining child?

At wits’ end with your whining child? 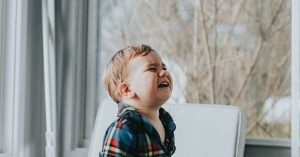 Does your toddler’s whining sometimes drive you crazy? The irritating speaking with a whiny voice makes you so angry that eventually you give in and let her have her way. You think she is probably manipulating you, but is this truly the case? And how does one handle it in a positive way?

Why do toddlers whine?

Whining is fairly common in children from a young age. Sometimes they do it to get their way or to attract attention. However, often it is because they don’t possess the vocabulary or don’t know how to say they aren’t feeling well, are tired, hungry, thirsty or feeling uneasy or would like to do something (or not). Sometimes children whine when they are bored, frustrated, angry or sad.

How to stop the habit

To prevent other adults and even her friends disliking your child and have her eventually turning into a whining teenager and adult, she needs your guidance. Please note, some of the following tips only apply if you are sure she is not sick, hungry, thirsty or tired.

– Make sure she knows what ‘whining’ means. She might possibly not even be aware that the is whining. To therefore tell her to stop whining if she doesn’t even know what it means, is senseless. Catch her on video when she whines and show it to her.

– Listen to what she is saying or asking (if you can hear), and acknowledge it by repeating it. This shows you are taking note of her need, even if you don’t agree immediately.

– Don’t allow the whining to upset you; remain calm and don’t pay attention or relent out of despair or frustration. This will only strengthen her negative behaviour.

– Ignore her (this means pretending you aren’t hearing her whining, even though it is driving you to distraction), take a deep breath, leave the room, listen to music, or carry on calmly with what you are doing.

– Make it a house rule that whining is unacceptable. Say that you will not react when she whines, and that she should talk in a polite way. Decide on a sign that will indicate that you are no longer listening, such as putting your hands over your ears.

– Warn or remind her regularly of this house rule. Sometimes whining is merely a bad habit and she doesn’t even realise she is doing so. It may be necessary to remind her constantly that it is unacceptable.

– When she whines about something, tickle her or play fun games that make her laugh and draw her attention away from what is upsetting her, or just give her a loving hug.

– Be flexible. Sometimes there are situations where you don’t need to refuse a request merely “because I say so”. If possible, meet her halfway. When, for example, she is enjoying herself in the park, what about a bit of leeway and saying, “Another ten minutes, then we are going home and you have to take your nap”. Set you phone’s alarm so that she knows precisely when the time is up.

– Praise positive behaviour. When she asks for something in a polite way or stops whining, react positively and thank her for speaking in such a nice way, or say, “My ears like that voice”. And remember that loving hug. This will encourage her to in future rather ask something or speak in a polite manner, instead of whining.

– Prevent future whining. Teach her the skills to handle uneasy emotions such as frustration, disappointment or sadness. Teach her to find something else that will satisfy her or make her happy should that which she wants or wants to do at this moment is not possible. Also, teach her the necessary vocabulary to enable her to say how she feels or to express her needs. Be an example at all times.

– Take note of which situations are triggers for a whining session and try to avoid them. Is she hungry, did she not get enough sleep or is it long past her bedtime? Perhaps she is ill? Be alert and proactive.

– Together, create an imaginary “whining monster” for those situations when you know she will normally whine, and put him away in a cupboard before you leave the house, or throw him out of the car window as soon as she starts whining. In this way you focus on the behaviour and not the child herself.

– Grant her permission to whine for one minute – often it results in children stopping the habit.

– Don’t give up hope, it may take a while to nip this negative behaviour in the bud.