WerkNet
Your Family
Your Career
Your Health
Your Money
You and the Law
Occupational Guilds
Solidarity Youth
S-Leer
Home › Articles › Chess and children: The answer to a world filled with distraction?

Chess and children: The answer to a world filled with distraction? 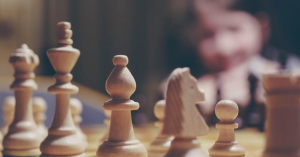 In 2011 the ex-Soviet state of Armenia made chess education mandatory for students.

Other countries – such as the US, Mexico, Norway and Brazil – are also rolling out extensive chess education programmes.

The reason for this is simple: Chess is abundantly beneficial to kids’ cognitive development and skills set.

For instance, when Spanish parliamentarians pondered and then passed a non-binding resolution on making chess a part of the school curriculum, they cited a study on its educational benefits. Conducted by the universities of Girona and Lleida, the report found that children who played the game recorded higher maths and reading scores.

Robert Ferguson, executive director of the American Chess School, made even more interesting findings in his doctoral dissertation. He studied preteens who were engaged in a variety of activities – such as working with computers, playing chess or taking a creative writing course – aimed at nourishing creative and critical thinking skills. The chess players scored almost 13 percentage points higher in critical thinking and 35 percentage points higher in creative thinking by the time the students had spent some 60 hours on their chosen activities.

The beauty and value of chess is that it gives the brain a tough workout. “As teachers and parents battle with the distractions of electronic games, social media and attention deficit disorder among younger generations, the supporters of chess education argue that it is a great way for children to learn about fair competition, mental discipline, planning and perseverance,” says Thornhill.

Peter Dauvergne, a Canadian academic and chess master, argues the following in an often-cited paper on the subject: “Chess is an especially effective teaching tool. It can equally challenge the minds of girls and boys, gifted and average, athletic and non-athletic, rich and poor. It can teach children the importance of planning and the consequences of decisions. It can further teach how to concentrate, how to win and lose gracefully, how to think logically and efficiently, and how to make tough and abstract decisions.”

Moreover, studies by Dr Dianne Horgan, dean of the graduate school of counselling, educational psychology and research at the University of Memphis, showed that chess improves a child’s visual memory, attention span, and spatial-reasoning ability.

It nurtures both sides of the brain, too. To their surprise, researchers in Germany found that both hemispheres of chess experts’ brains were equally active. Researchers expected to find the players’ left brain being more active when the experts were given chess positions and geometric shapes to identify.

Working Parents, This Is The Secret To Relaxing and Recharging During The COVID-19 Crisis

Benefits for children of being outside