WerkNet
Your Family
Your Career
Your Health
Your Money
You and the Law
Occupational Guilds
Solidarity Youth
S-Leer
Home › Articles › Crime: We need to take care of ourselves

Crime: We need to take care of ourselves 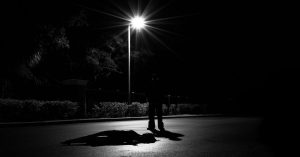 Although the overall levels of crime dropped in the 2019-’20 financial year as compared to the previous year, the devil is in the detail and crime remains unacceptably high.

Carjackings, for instance, increased considerably year-on-year. More than 18 000 carjackings were reported and about 50 cars are stolen in South Africa every day. Apart from this, robberies at non-residential properties increased by 3,3%. And amidst decreases in other crime categories, murder still increased by 1,4% year-on-year and 58 people are murdered every day – one of the highest levels in the world.

The police’s selectivity regarding the impact of Covid-19 and the concomitant lockdown this year – not included in the 2019-’20 statistics – are also problematic, says Marnus Kamfer, legal and risk manager at AfriForum Community Safety. “It is curious that the Minister of Police suddenly, after the strict levels of the lockdown regulations, brought out a quarterly report. It is stands to reason that crime figures would be lower given the fact that during this period people were not allowed to leave their houses without a good reason. However, this is a distorted version of the truth.”

Arm yourself and become involved

It stands to reason that in spite of the slightly more positive data, individuals and communities are and feel unsafe. It is exactly for this reason that they should take responsibility for their own safety.

According to Kamfer individuals should arm themselves with firearms within the ambit of the law. “And neither should this weapon just lie in a safe. The owner must know how and when to use the firearm. If a person can defend themselves, they can also defend their neighbours and if neighbours protect each other, a community is secure.

“Be prepared, look at your house critically and imagine some scenarios. Take steps to improve your security at home on the basis of these considerations.”

He also advises people to become involved in the security structures in their communities. “The more people become involved and do patrolling, the ‘harder’ the community as a possible target becomes. By doing this, your community becomes more defensible.”

People cannot just sit and wait for a better future. Unfortunately the prospects as far as crime trends are concerned, are a very sad picture, according to Kamfer. “The South African Police Service (SAPS) already indicated in 2018 that it was incapable of carrying out its constitutional mandate to protect the citizens of the country and their property.

“There has been a drastic drop in the number of reservists who were at the SAPS’s service free of charge and the police members from their own ranks have also decreased. The latter, together with corruption and mismanagement as well as a lack of proper policing of the country’s borders will cause crime figures to keep on rising. Communities must protect and organise themselves.”

Protect your child against human trafficking

Teach your toddler about emotions and how to handle them

Children and serious illnesses: Here’s how to handle them