WerkNet
Your Family
Your Career
Your Health
Your Money
You and the Law
Occupational Guilds
Solidarity Youth
S-Leer
Home › Articles › Cyber bullying: What should schools and parents do?

Cyber bullying: What should schools and parents do? 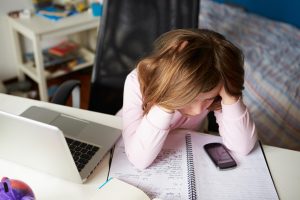 The internet is part of our daily lives but this online world can also be a place where children are bullied.

Children should at home already learn more about the dangers of technology and how to remain safe, but according to Carey van Vlaanderen, executive head of Eset South Africa, a manufacturer of antivirus software, teachers and schools also have a role to play.

Apart from the numerous advantages, the technological revolution has exacerbated some problems, such as cyber bullying. “When a child is bullied at school, the bullying usually continues on social media networks, message apps and others on the internet.

“Educational institutions may think that the problems of the digital world lie outside the competence of school instruction. However, abuse and harassment that take place online often have a greater impact on the victims than bullying that takes place directly on the person – and yet it can be ignored until it is too late.”

Van Vlaanderen points out that a single social media post can reach hundreds or even thousands of people within a few seconds. According to her, the impact of such a bullying post on the individual is far worse the more people see it, share it or comment on it. “If the post spreads like wildfire, it is virtually impossible to stop or remove it, even if the culprit regrets his or her actions.”

According to Van Vlaanderen, there are four principles which every school and learner can apply to address the problem:

Because the digital world is part of our everyday lives, the same rules must apply as those in the physical world. When children are taught respect and social conventions, it is important to include the world of the internet and to make sure that they are also taught how to act and communicate via digital media.

The focus should be on creating awareness of the use of technology rather than spreading panic. Many schools choose to forbid the use of technology, which in reality only results in learners using their cell phones on the sly. It is therefore important to show learners how they can use technology for the general good, such as sharing knowledge or supporting one another. By bringing technology into the classroom, teachers can also focus on the ethical use thereof.

Research indicates that in more than 80% of cases where bullying occurred at a school, learners knew about it but decided not to report it for fear that they themselves would become victims or be punished by adults. Children should know that technology is not the problem, but people who use it for the wrong purposes.

Learners should know to whom they can reach out. They think that older people know less about technology than they do and their problems will therefore not be understood, or be shrugged off as nothing. If a learner therefore approaches a teacher or another adult with an “online problem”, it should be taken seriously, likewise to any similar real problem, and resources should be sought to address it.