WerkNet
Your Family
Your Career
Your Health
Your Money
You and the Law
Occupational Guilds
Solidarity Youth
S-Leer
Home › Articles › Do children benefit from learning to read earlier?

Do children benefit from learning to read earlier? 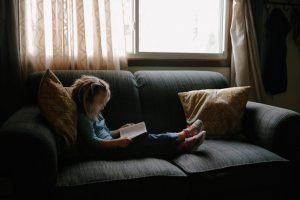 Preschool children are being increasingly pressurised to learn to read as early as possible. Teachers, who have to see to it that it happens, also experience this pressure. However, does this contribute to the child’s long-term success?

In 1967 David Weikart and his colleagues launched a well-controlled study where 68 poor children were divided among three different nursery schools. One of the schools was a traditional play-based school, one was a high-scope school (also a play-based school but with much more adult guidance), and one was a school with direct instruction (where the focus was on instruction in mathematics, reading and writing and included worksheets and tests).

Initially everything went smoothly for the group with formal instruction. They showed fast academic growth, but did not stay ahead for very long. A few years later, when the children in the traditional schools started formal instruction, they caught up fast. All of them went to the same types of primary school from then on.

This study therefore found that the initial school experience laid the foundation for later behaviour. Children in nursery schools where they could plan their own activities and play with other children were better prepared to someday accept personal responsibilities and practise positive social behaviour.

Other more recent studies also showed more specifically that it was much better to teach your young child language than to teach him to read. Language development is a better predictor of later reading ability than early reading instruction.

The best foundation for future reading ability is laid by playful conversations, story times and reading aloud. This will prepare your young child much better for decoding and understanding printed text when the time comes.