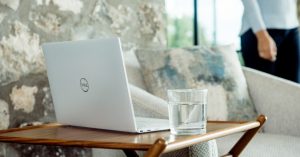 The lockdown and associated regulations due to the Covid-19 pandemic change frequently and affects whether people work more from home, or whether they are back at the office.

At level 1 of the lockdown many companies had their employees returning to the office. Charnel Hattingh, Head of Marketing and Communication at Fidelity ADT, says it is important not to relax safety precautions at home, whether you are going to the office or still working from home.

“When there are people at home all day, it can result in doors and security gates being open more often. There may also be more cars on the premises and the dogs may then be more indoors than outdoors. Criminals can also exploit the situation by posing as beggars or even service providers in order to gain access to the premises.”

According to Hattingh, there are obviously several security risks when no one is home during the day. “Watch dogs may be poisoned or even stolen. Your domestic worker is alone and may be targeted. Criminals also know that many people do not activate their alarms when leaving home. Neighbourhoods are quieter which means that there are more opportunities for criminals.”

Safety precautions must be adjusted according to your daily routine, says Hattingh. “Basic safety measures and routines must be implemented, regardless of whether you are home or not. This means that there must be proper security around your home and that the alarm must be switched on when you are leaving your home. Also ensure that the windows are closed, and the doors locked.”

It is also important that if someone is home during the day, they know who to contact in case of an emergency. “Security gates and doors must be locked at all times, and keys must be put away. Turn on the alarm in unused parts of the house and turn on outside alarms when you are inside. Keep a panic button on hand at all times.”

It is beneficial to maintain a good relationship with the neighbours so that they can also be extra vigilant and on the lookout when you are not at home. “Join a community security group on WhatsApp and support your local Community Policing Forum. Always be alert to suspicious persons or vehicles and report them on the appropriate forum.”

According to Hattingh, crime statistics indicate that criminals thrive on domestic routines as it helps them identify when people are at their most vulnerable. “So, if you are already back at work and the children are back at school, then it is essential that your safety routine is adjusted as it can no longer be the same back when everyone was at home.”