Encourage your child to talk about emotions 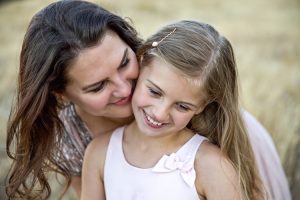 Your toddler has the capability to within seconds change from a happy, loving little person into a kicking, screaming being whom you hardly recognise as your own. This is emotionally exhausting and often a big embarrassment, especially if it takes place in public. Yet it is perfectly normal.

A toddler’s emotions are very intense and temper tantrums occur as from 18 months until about four years of age. It is part of young children’s growth process, says Rina de Klerk, a Gauteng expert on emotional intelligence.

While your child may experience a whole range of emotions as reaction to any incident, he does not have much control over these emotions. He struggles to determine why he is feeling what he feels while also finding it difficult to predict how you will react to his emotional outburst. The sooner he develops the ability to express his feelings and needs in words, the lesser will be the frustration he experiences.

Emotional competence – that competence to express and control emotions and to recognise the emotions of others – is an important indication of future success in children. It helps them to form relationships with their parents, teachers and friends, enables them to control their emotions better so that they can concentrate on their schoolwork and learn to display the correct reaction to the distress of others. Children without these skills can be rejected by friends, struggle in school and develop emotional and behavioural problems.

How do emotional skills develop and how do I encourage them in my child?

Some aspects of emotional competence are to a certain degree determined by genes. Some children are just more sensitive than others and therefore inclined to experience more intense emotional reactions.

A child with a strong will and active and intelligent children who like to explore, will probably also be more prone to anger outbursts if stopped in their tracks. Fortunately, one of the key factors that leads to emotional competence is something that you as a parent can practise at home – which is to talk to your child about his emotions.

Admittedly it may sometimes be a challenge to talk about negative emotions (such as moodiness). However, it helps your child to understand what causes the negative emotions as well as how to react to them appropriately.

According to her, it still is not unusual for people to harbour the opinion that boys may not cry. However, she emphasises that it is important for boys to get permission to cry and show their emotions. Girls are generally encouraged to express negative emotions such as sadness, while boys’ expression of sadness is often ignored, or dismissed as unimportant. Boys’ friends furthermore discourage the expression of emotions such as sadness because boys are more readily teased about it than girls.

Exercises that encourage children to talk about emotions, lead to changes in the child’s understanding of when to act (such as when to share with others and when others need help). Therefore, talk to your child about his emotions – especially the bad ones. In this way you help him to process his feelings and to recognise the different emotions in himself and in others.

The five core challenges that working parents need to overcome

Driving safely when it rains, visibility is poor

Load shedding: How to protect your house

How to handle your toddler’s separation anxiety