WerkNet
Your Family
Your Career
Your Health
Your Money
You and the Law
Occupational Guilds
Solidarity Youth
S-Leer
Home › Articles › Holidays then and now: What can you remember?

Holidays then and now: What can you remember? 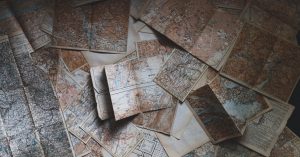 Change is the only constant in life and this principle applies even when it comes to holidays.

What makes holidays so enjoyable, though, is that so many of the same elements have somehow remained the same. That is why we go on holiday: to enjoy what has always been fun, such as the sea, the bush and braaiing.

It is nonetheless interesting to know what holidays were like decades ago and how it compares to modern day holidays. Obviously, people’s individual experiences will differ, but everyone experiences, but has nostalgia – whether as a child or as an adult – when it comes to how we have experienced holidays in die past. So, what has changed and what has stayed the same? And how accessible and affordable are holidays today compared to 40 (or more) years ago?

‘Far more expensive than back then’

Helena Lourens (71) from Krugersdorp on the West Rand says that she and her family often visited her parents on their farm in the former South West Africa, today’s Namibia, especially in winter. “We thoroughly enjoyed farm life and sharing time with family. Hunting trips were organised, and everyone joined in the biltong making efforts. Months later, the biltong could still be enjoyed.

“In 1978 we went on our first seaside holiday to the then Natal South Coast. The accommodation was booked in advance for 10 days, and we rented a two-bedroom apartment in Amanzimtoti at R30,00 per day. The total rent for 10 days therefore came to R300,00. Taken at this rate the rental would have come to R900,00 for 30 days. Given that R900,00 per month was a pretty decent salary at the time, this is the money that would have paid for the holiday accommodation.”

According to Lourens, they decided there and then during this beach holiday to buy their own holiday apartment at the coast. “Three years later, we decided to buy a larger place. When we didn’t use the property for our own holidays we let it, and in this way we could subsidise our own holidays”.

Lourens says the way in which people enjoyed beach holidays in those days was pretty much the same as now, except that today accommodation is mainly booked online while in those days, people used newspaper and magazine advertisements to find and book accommodation. “In my opinion, the cost of a holiday today is proportionally much higher than, for example, 40 years ago and that is why holidaymakers nowadays generally only go on holiday for a limited number of days instead of going on a month long break.

“Way back holidaymakers also booked into a hotel for their holidays as it was long before guest houses and lodges appeared on the scene. In recent years lodges have become very popular among holidaymakers as such places offer activities that holidaymakers really enjoy, such as fishing, hunting, hiking and game drives.”

No such thing as an Ultra City

Liz Louw (62) from Pretoria agrees that, over time, many of the caravan parks have made way for sectional title accommodation. “In earlier years, Hibberdene was very popular among holidaymakers. Margate’s holiday flats were very popular in December, so too was Scottburgh in KwaZulu-Natal, while Strand as well as Gordons Bay in the Western Cape were also popular holiday destinations.

“In winter, the warm water springs at for example Warmbaths (now Bela-Bela) were very popular. Decades ago, the West Coast did not attract that many people and it only became a holiday destination much later. A few times we stayed in hotels for our holidays, but it was rather boring because it did not offer much to do”.

She says that 40 years ago there was no such thing as an Ultra City for a stopover and one had to prepare your own food for the road. “It took two days to plan the food for the road! And you stopped at a roadside table to stretch your legs, that is if one was available.

“There was always huge excitement when we started to get the caravan ready, and I’ll never forget the home-made cookies and rusks. The steamer was a standard item because potjiekos was still something new at the time. Potjiekos only started to gain popularity around 1983”.

For entertainment the eight-track cassette tape was the preferred medium. “Also in those years, we did not take out videos but had a cine camera and film reels to capture our holidays. You then took a sheet off a bed to serve as a screen to watch a movie”.

Why doesn’t discipline work for my child?

The complexities of the relationship between adult children and parents

Get your child ready for academic success from Grade 1

The necessity of extramural activities