WerkNet
Your Family
Your Career
Your Health
Your Money
You and the Law
Occupational Guilds
Solidarity Youth
S-Leer
Home › Articles › Kidnapping: The stats and tips parents should heed

Kidnapping: The stats and tips parents should heed 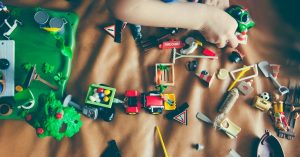 Although South Africa has experienced a recent spate of child kidnapping bids, this evil phenomenon is nothing new.

On the West Rand, a man leaped over a balustrade and attempted to grab a child before being prevented from doing so by onlookers and he was later arrested. A 15-year-old girl was nearly snatched in Durban. These and other recent examples show the increasing brazenness and desperation of the kidnappers. Previously, crafty techniques would be employed in malls and other crowded areas to kidnap children, but this has now morphed into more bold attempts in quiet suburbs.

The numbers and facts

The statistics are chilling. According to Missing Children SA, hundreds of children go missing in South Africa every year. Although 77% of missing children are found, 23% are not.

The South African Police Service (SAPS) estimates that in 2019 alone, kidnapping gangs earned more than R1 billion. The police admit that they are overwhelmed by the increase in kidnappings and declare it to be a threat to the country’s national security. Some police officers have even been arrested for colluding with the kidnappers. The kidnapping trend shows an upward curve because the distraught families are willing to pay the ransom.

Roughly 16 people (which include many children) are abducted in South Africa each day. These are only the cases reported to the police and does not include many other instances where the family of the abductee doesn’t want to involve the authorities.

Prevention is much better than cure

Unfortunately, eternal vigilance is the price of freedom and kidnappings is a terrifying reality. “The last thing you want to do is instil a sense of fear in your child but a healthy awareness of the dangers of the world end up saving lives,” Casey Rosseau, 1st for Women Insurance’s spokesperson, told You magazine. “When it comes to kidnapping, the more knowledge both the parent and child have, the better their chances of identifying kidnappers and preventing the unthinkable from happening.”

Also, make your child as conspicuous as possible when going out. In this way, your child can be easily recognised in a crowd.

“Know all the contact details of your child’s friends. If your child goes missing, start calling immediately. Do not wait 24 hours to contact the police. Encourage kids who walk to school, to walk in groups,” says Childline KZN acting director Adeshini Naicker.

Rosseau advises parents to keep the communication lines open between then and their children. Familiarise them with your cell phone number (and any other contact numbers) and their own street address. Kids should not take anything from strangers, whether in the presence of their parents or when away from them.

Place a premium on speed and noise. “If someone is chasing your child and attempting to force him or her into a car, the best reaction is to scream and make a dash for it – provided the attacker doesn’t have a dangerous weapon.”

Develop your child’s sense of humour

Sensory processing disorder with regard to food (SPDF) in children

Your teenager and depression: Know the symptoms

Healthy self-image for your teenager