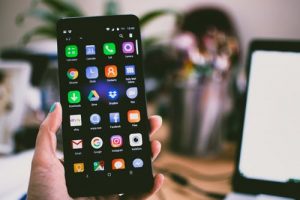 Load shedding and cellphones form part of all South African’s daily existence. However, South Africans would much rather want to live without the threat (and reality) of load shedding.

All mobile operators have been affected by the recent round of load shedding. Load shedding does not only cause many consumers who depend on an ADSL or fibre line, from accessing the internet during load shedding, but it also causes a massive problem with reception since cellphone operators depend on electricity to provide the cellphone towers with power.

However, cellphone operators do have emergency plans in place such as the use of generators or batteries if there is no electricity supply or when load shedding is applied.

It remains a reality though that factors, such as the time it takes to reload these batteries and crime which causes the batteries to be stolen, plays a big role. These factors are becoming increasingly difficult to control and lead to cellphone operators often struggling to ensure consumers’ cellphone reception during times of load shedding.

According to MTN’s Executive of Corporate Affairs, Jacqui O’Sullivan, theft of batteries and vandalism at cellphone towers are already viewed as a major crisis because it affects customers and has a massive impact on operational matters, since the application of load shedding is for more and longer periods nowadays and the capacity to reuse the supporting devices is exceeded.

According to Vodacom the financial impact is enormous, and it costs several millions to maintain these batteries and generators.

O’Sullivan also mentioned that the batteries have the capacity to last between 6 and 12 hours and it takes around 12 to 18 hours to reload, depending on the technology of the batteries at various towers. She also said that where successive load shedding occurs, sometimes batteries do not get a proper chance to reload which also cause less time for the batteries to be reused as replacement.

According Cell C it is impossible to install and use generators at all of its cellphone towers. They also warn that their clients who buy temporary data bundles will not be able to claim reimbursement if their data is active during the implementation of load shedding.

In addition to the disruptions caused by the theft of batteries, it costs cellphone operators millions of Rands to replace these stolen goods.

Cellphone operators are calling on the public to look out for these thieves and to notify the police or cellphone companies should they notice theft like this.