Mother tongue is invaluable for your child 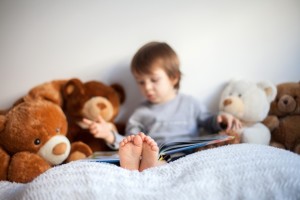 A child’s mother tongue is an instrument that lays the foundation for further development. This is the opinion of the well-known author, Leon Roussseau. Leon, in the 1980s, published the popular Storieman series for children, one of the biggest children’s book successes of our time.

“Children are programmed to learn their mother tongue intensely between 18 months and four years.”

Leon says this is also why it is so important for children to listen to stories in their mother tongue from a very early age. It helps them to master the language completely. “While a child is listening, he learns his own language and he acquires a rich vocabulary. He learns the correct way to harness and use words. Your child also learns a variety of idioms and expressions. He learns about style.”

According to Leon style is to a certain extent connected to rhythm. A language has rhythm and it flows. “Your child learns a style that will later stand him in good stead at school level, at university and in his future career.

In South Africa mother-tongue instruction has been in the news constantly because of some universities that have changed their language policy. Leon says it is not only a political principle but also an educational principle. “It is easiest for a child to learn through his mother tongue. He learns his mother tongue as a foundation for knowledge and to learn other languages.”

Prof Vic Webb of the Department of Afrikaans and the Centre for Research in the Politics of Language at the University of Pretoria says it is important to remember that language is not only a means of communication. It is an instrument through which:

According to Webb this is why there are various educational arguments that support mother-tongue instruction.

“Mother-tongue instruction facilitates the acquisition of knowledge and insight , and the development of cognitive, affective and social skills according to learners’ potential.”

He continues that educational development is not a spontaneous process. “The acquisition of knowledge, insight and professional skills take place through the systematic guidance of learners by teachers and through extensive professional interaction between learners, subject teachers and professsional learning material. Effective, meaningful communication in the classroom and its management is of basic importance.”

For this reason, he says, language, as the most important means of communication, can be seen as the mediating factor in educational development.

“It helps with the development of learners’ academiv language proficiency. All of this is connected to the language skills that learners need for effective academic performance.”