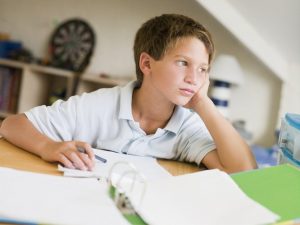 Parents become anxious and worried if their children don’t progress at the same pace as their peers and do not make the grade academically. Poor academic performance can also cause other problems, such as a tensed-up parent-child relationship. It also raises the anxiety levels in a child, could result in depression, and in some cases create a negative self-image. One could say that it affects a child physically, emotionally and socially, which could also negatively affect the child’s humanity. What are the reasons for a child’s not progressing satisfactorily at school? Dr ST Potgieter, a registered psychologist from Bellville, discusses a few reasons:

When a learner struggles academically, it is important to do a mind assessment. This will give an indication of the level at which the child is functioning intellectually. It will show both the child’s weak and strong points. The importance of such an assessment is to determine what type of assistance and remedial action the child needs.

It is true that negative domestic circumstances can play a role in a child’s poor academic performance. Children who are exposed to domestic circumstances of tension, alcohol abuse and drugs, fighting, physical and emotional neglect, poor communication and unhealthy discipline are affected. It might also be a home where everything looks fine on the surface, but the parent is not really aware of the child’s needs and problems. A parent must provide a peaceful and friendly atmosphere at home where the child feels free to tell the parent when he has problems.

An important reason for declining academic performance is the wrong friends. Sometimes a child’s friends involve him in wrong activities, activities that are not beneficial to his studies. The wrong friends can make children negative about school work and that is when children become involved in alcohol abuse, smoking and drugs and begin to hang out at the wrong places. It happens that a child is press-ganged into maturity and is exposed to things that are wrong for his age.

This is an important cause of academic problems. These are children with the capabilities but who, for instance, spend too much time in front of the television, on cell phones and on sport. Poor motivation can be a complex problem. One should, however, recognise when a child gets really caught up and then looks for relief in other activities and with his friends. The parent’s example, behaviour and encouragement play an incredibly important role in forming a child’s perspective, mindset and motivation.

A child may have the mental ability to do well academically, but may be using the wrong study methods. The child studies conscientiously, does his best and yet the results don’t show it. It’s like trying to bake a cake but it’s a failure because you’re using the wrong recipe. Help your child find the correct study methods and learning techniques.

Certain illnesses and disorders, such as high levels of anxiety or depression, can have a negative effect on a child academically. One such aspect is attention deficit and hyperactivity (ADHD). It handicaps a child’s focus and concentration. Visual and auditive fallouts could be another problem. If a child is suspected of having an illness or disorder the child should be taken for assessment so that the problem can be solved.

This is the disturbance of a child’s ability to read with insight and to make sense of letters, words and sentences.

A child with coordination problems or a slow writing speed is handicapped or disadvantaged when it comes to tests and examinations. In this case it may be important to apply for extra help in the examination, such as extra writing time. An assessment and a report is required when applying for this.

This aspect applies to a learner in high school who takes subjects for which he has no aptitude or does not have the ability or interest. Sometimes parents for some reason or other puts pressure on their child to take a specific subject, but the child does not really make the grade. For this reason an assessment for the purposes of subject choices is important.

A child who is bullied can suffer academically. This is why it is so important to act against bullies at a school.

These are, in short, the aspects that teachers and parents should pay attention to when a child struggles academically at school.

Working Parents, This Is The Secret To Relaxing and Recharging During The COVID-19 Crisis

Benefits for children of being outside