Sensory processing disorder with regard to food (SPDF) in children 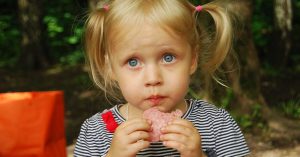 Sensory processing disorder is when the brain struggles to process information by means of the senses. Parents often confuse SPDF with fussiness, but children with this disorder experience food in a totally different way than other children. Because the brain cannot regulate sensory messages in connection with specific textures, tastes, smells and even the colours of certain foods, the child develops an aversion to certain foods and refuses to eat it.

Children with SPDF experience the taste, smell, texture (in their mouths and even how it feels when touching it) as well as the colour of some foods as an unpleasant and uncomfortable experience (also known as sensory overload). Some researchers describe this experience as physical or mental pain. Parents who on top of this nag children every day to eat things he does not like, cause emotional tension in their children apart from the body’s negative physiological reaction to certain foods.

How does one identify SPDF in children?

How to help your child overcome the problem

– Select one new foodstuff. Just let him smell it the first day, touch it with his lips the next day, then lick it, take a bite of it next time and keep it in his mouth for a short while, and take a bite of it the next day and to chew and swallow it. Terminate the process by encouraging him with his favourite meal or dish. Follow this up by encouraging him to eat one bite more of it each day until in your opinion he eats an acceptable portion of it as part of a meal.

– Allow choices by putting a variety of foods that you want him to taste on or in a bowl with partitions. Let him choose at least two that he wants to eat as a snack. It would be progress even if he initially only licks it to experience the taste and texture.