WerkNet
Your Family
Your Career
Your Health
Your Money
You and the Law
Occupational Guilds
Solidarity Youth
S-Leer
Home › Articles › Sport: The domestic fixtures for 2021 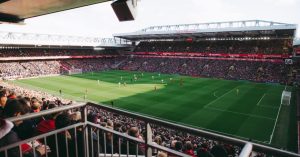 Sporting events have been conspicuously irregular since the outbreak of the Covid-19 pandemic. Those that have resumed are still characterised by few (if any) spectators and tight protocols.

However, 2021 does seem to be more promising and fans and players alike can look forward to the more comprehensive continuation and resumption of many of their favourite sports. But unfortunately, sporting normalcy is still very much an illusion.

Let’s look at some of the sporting events this year has to offer:

The PRO14 Rainbow Cup will commence on 24 April and include the likes of the Vodacom Bulls, Emirates Lions, Cell C Sharks and DHL Stormers along with various other European teams from Italy, Scotland, Ireland and Wales.

These teams will clash during three weekends of derby action followed by cross-hemisphere fixtures where the existing Guinness PRO14 teams will face South Africa’s “Super” teams. This is designed to limit travel as much as possible.

During rounds 4 to 6 the four South African teams will play their away games on European soil and those fixtures are yet to be confirmed. No European teams will travel to South Africa for Rainbow Cup games because of prevailing COVID-19 conditions, reports the South African Rugby Union (Saru).

As far as school-level rugby is concerned, the Virseker Cup is set to start in May. On Saturday 8 May two of Gauteng’s heavyweights, HS Monument and Waterkloof, will do battle. So too will HTS Middelburg and Garsfontein, Noordheuwel and EG Jansen, as well as Helpmekaar and Marais Viljoen. On 15 May Monument will go head-to-head with Garsfontein, while Menlopark and Waterkloof will face each other.

The Varsity Cup will at long last resume in April and all the matches are played in Pretoria due to reasons related to Covid-19. In round one the University of Johannesburg and the Central University of Technology square off at the Tuks stadium. So too will UP Tuks and Wits, and the NWU Eagles and NMB Madibaz, face each other at the same venue.

Last but certainly not least, the British and Irish Lions are coming to South Africa after all. They will play eight matches in July and August, but these clashes are almost certain to be played in empty stadia on account of health concerns. They will clash with the DHL Stormers, a South African invitational team, the Cell C Sharks, South Africa A and the Vodacom Bulls before facing the Springboks twice in Johannesburg and once in Cape Town.

The Proteas and Pakistan are currently playing each other as part of a series of one-day internationals. The remaining dates include 2, 4 and 7 April. Following the ODI series, these two nations will do battle in a series of T20 matches on 10, 12, 14 and 16 April.