Staying safe in a shopping centre 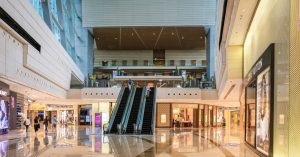 Shopping centres are at their busiest during the festive season with consumers streaming to the shops to shop for Christmas.

Over the past few years, however, it would seem that shopping centres are at their most vulnerable during the festive season due to increased crime activity such as robberies at stores and transit robberies.

Charnel Hattingh, marketing and communication head for Fidelity Services Group, says there are various reasons why criminals target shopping centres. “There are a lot of people together in one area, which makes it easy for them to disappear in the crowds as soon as they have stolen your handbag or something from a shop.”

There are many ATMs in shopping centres and criminals pretend to be good Samaritans who assist somebody who seems to be having problems withdrawing money. “This, however, is when they clone or steal your bank card or get hold of your PIN and draw money from your account later.”

The parking areas at shopping centres also give criminals an ideal opportunity to strike, says Hattingh. “Criminals just have to sit in a car and identify easy targets without drawing attention. It is also easy to sit in a car and block the remote control of other cars electronically and then strike when the person enters the shopping centre. Therefore, always make sure your car is locked before you walk away.”

People also often go to banks in shopping centres to deposit large amounts of money and it is easy for a criminal to follow them in a busy place without being noticed.

“Shoppers are often careless with their personal belongings and will hang a handbag over the back of a chair at a restaurant or leave their cell phones on the table for all to see, which gives criminals the ideal opportunity to strike fast.”

According to Hattingh it is important always to be aware of what is going on around you. “Be especially watchful when you walk back to your car and immediately raise the alarm if you are suddenly approached by an unknown suspicious person. People are used to being approached by beggars or people who sell stuff and criminals can easily take advantage of this. Stay alert at all times while you do shopping and be aware of who is around you and especially keep your children and valuable items safe.”

Transit robberies also increase during the festive season and often take place at shopping centres where large amounts of money are handled. Wahl Bartmann, executive head of Fidelity Services Group, says a person who gets caught up in a transit robbery should try to get away from the crime scene as far as possible.

“If you are still in your car, it is important not to get out but rather to try and get away from the scene. If you can’t get away, lie flat in your car so that you don’t get hit if shots are fired. Try to inform the police or centre management of the incident as soon as possible.”

Why doesn’t discipline work for my child?

The complexities of the relationship between adult children and parents

Get your child ready for academic success from Grade 1

The necessity of extramural activities