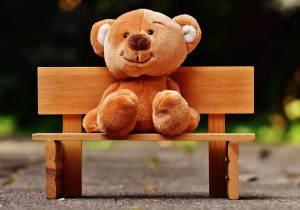 Nowadays every possible newspaper carries stories about child murders. Shocking statistics and facts about the levels of child murders, rapes and abuse currently occurring in South Africa are a cause of concern. According to police statistics, in 2017 and 2018 alone 279 children were murdered in the Western Cape, but it happens countrywide.

“One of the reasons for the high number of child murders in the Western Cape is that existing research and tested interventions are not being used as they should in order to implement policies and strategies to prevent and provide an answer to the violence, which will help put an end to child murders,” says Dr. Chris Jones, attached to the Unit for Moral Leadership at the Faculty Theology of the University of Stellenbosch (US).

Jones was a member of the research committee consisting of academics of the US and the Universities of Cape Town and the Western Cape who, among others, investigated the main reasons for child murders in the province. The committee was established after the Cape Town Trauma Centre for Victims of Violence and Torture approached the Western Cape government to investigate the spate of child murders during the recent past, especially in 2017 ad 2018.

In a recent article in the journal HTS Theological Studies Jones discusses the committee’s findings and recommendations. He says the purpose is to provide role-players and decision-makers with well-researched information about children’s lives in order to address the violence and its consequences.

According to Jones, when looking at murders on children younger than one year and those between one and nine years and between 10 and 17 years old, the committee found that the majority of the murders in the first category was committed by mothers who abandoned their babies or injured them fatally.

“The most important contributing factors to murders in this age group have to do with the mother’s mental health, for example post-natal depression, poor or defective parental skills – especially in very young mothers – and a lack of material and emotional support for new mothers from fathers, families, the community and the state.”

Jones draws attention to the fact that the key factors that contribute to murders of children between the ages of one to nine years are dysfunctional families, as well as a culture of violence contributed to by mental health disturbances, drug and alcohol abuse, poor relationships and inadequate handling skills in families and a cycle of abuse.

“Most of these contributing factors also apply to murders on children between 10 and 17 years old, but the following are also significant: the child’s own risk conduct and mental health – for example participating in gangs, crime, drug abuse and leaving school.”

The committee emphasised the important role played by the departments of health and social development, child protection services, the South African Police Service, the National Prosecution Authority and schools in the combating of child murders.

Jones says an important aspect that warrants further research and development, is “the link between below-average performing schools and socio-economic dysfunction and how these influence children and their safety and wellbeing”.