When the silent treatment bedevils a relationship 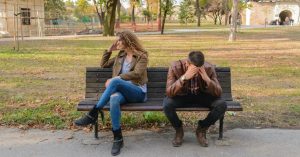 The silent treatment is the refusal of one person to communicate with another verbally, or to even acknowledge the other person’s presence. This is a behavioural pattern that occurs in different kinds of relationships, for example between parents and their children, adult children and their parents, between friends and even colleagues, as well as marital or other romantic relationships.

Healthy reasons for the silent treatment

The silent treatment is not necessarily a negative way of acting. When emotions run high during conflict or a difference of opinion between two parties, it is advisable for one or both parties to first cool down before continuing the conversation. It then becomes a cooling-down period rather than the silent treatment, when the one person says, ‘I would like to discuss this further so that we can try to solve the problem in a peaceful manner. But please give me half-an-hour to cool down.’ Then go to another room, with the other party’s consent, come back and try again, but without any reproaches. The expectation of course is that the other person will listen with empathy in order to understand and that you will communicate possible solutions to prevent similar incidents in future.

Negative reasons for the silent treatment

Signs that the silent treatment is emotional abuse

Effect of the silent treatment on the victim

Continuous and intense experiences of the silent treatment can lead to anger, social withdrawal and loneliness, depression, helplessness, feelings of inferiority, rejection, humiliation and a low self-image.

How to react toward a person with the silent treatment

Focus on the other person’s behaviour. Be calm and composed. When the silent treatment occurs sporadically, it could be that the other person feels hurt and doesn’t want to talk. Say that you really want to know how she feels because you want to fix the matter. If you are the cause of the silent treatment, apologise and if she still doesn’t react, say you accept it and grant her the opportunity to process being upset, but insist on a specific time to chat and come to an agreement. If this behaviour occurs regularly, it might indicate an effort to manipulation. Say calmly and sincerely,’It’s very important for me that we sort out this situation. When you are ready to come and speak to me, you are welcome.’ Don’t let the sun set on your disagreement.

Focus on your emotions. Tell the person in no uncertain terms that her silent treatment hurts and frustrates you and makes you feel lonely. This is precisely what you don’t want in a relationship. Explain that one cannot solve problems with the silent treatment and call the problems by their names. State clearly that such behaviour puts your continued relationship at risk.

Ignore it until it blows over. The silent treatment does not necessarily occur to hurt the other person. Sometimes it is an isolated incident that gets out of hand and it’s preferable to let it pass until emotions have cooled down and then move on. However, if it’s a passive-aggressive approach to manipulate you and make you feel guilty and extend the hand of peace first, don’t relent. It’s easier said than done, but go about your business as if his silent treatment doesn’t bother you and do something to distract you, like going for a walk or getting engrossed in a book. In this way you rob him of the reaction he desires. Demonstrate that his silent treatment offers you the opportunity to do something you would like to do, because you don’t have to take him into consideration.

Suggest alternative solutions. Suggest a think-tank session during which you can suggest and set out rules regarding better communication for the future. Reflect on how you will avoid the silent treatment in future by candidly sharing your thoughts and emotions with each other.

Stand on your rights

When the situation turns into emotional abuse, the relationship is unhealthy and it’s time to stand on your rights. If you are convinced that it’s worth your while to work on the relationship:

If you are exposed to the silent treatment, don’t:

It’s the small things that wreck a relationship. The silent treatment merely postpones addressing the real problem. The actual solution is a change in behaviour.

Help, my child with attention-deficiency hypersensitivity syndrome is struggling to sleep

Help your teenager to start learning a trade now

Is it important to play with one’s kids?

Help your child to handle the challenges of auditory processing disorder

When the silent treatment bedevils a relationship