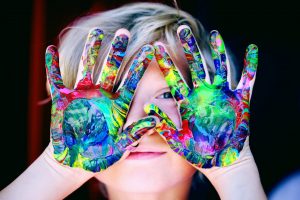 Reaching your children’s numerous development milestones before they go to school is one of the most important collective objectives of your life  as well as theirs.

After all, these are the formative years and much depends on them being up to date with what they’re supposed to be doing.

According to the US-based Centers for Disease Control and Prevention, skills such as naming colours, showing affection and hopping on one foot are called developmental milestones. “Developmental milestones are things most children can do by a certain age. Children reach milestones in how they play, learn, speak, behave and move (like crawling, walking or jumping).”

Dr. Meg Meeker, a paediatrician in Traverse City, Michigan, says pre-schoolers are learning many new skills and stretching their cognitive abilities. Although there are the major skills to look out for, one should be cognisant that every child develops differently, and yours might master one skill earlier than others, she says. Also, there is no need to worry about small differentiations from the norm, but if greater concerns about the overall development arise, consult your paediatrician.

Although not nearly exhaustive, let’s briefly examine some factors that you should be looking out for in your child’s development.

A two-year-old child should be able to copy others (especially adults and older children), exhibit more independence and defiant behaviour, point to pictures and things when they are named, know names of familiar people and body parts, and say sentences of two to four words. Moreover, they should be able to follow simple instructions, point to things in a book, begin to sort shapes and colours, stand on tiptoe, kick a ball, throw a ball overhand and begin to run.

“At three, he should have the fine motor skills to dress himself and the gross motor skills to pedal a tricycle. Compared with how he is at age two, a child is more interested in interactive play rather than parallel play. Kids at three should be asking deeper questions and be inquisitive about their environment,” Meeker says.

By this age, kids should be able to show affection for friends without prompting, take turns in games, show a wide range of emotions, follow instructions with two to three steps, say their first name and age, name most familiar things, and continue a conversation using up to two to three sentences. They should also climb and run well and walk up and down stairs with one foot on each step.

Most kids at this stage of their development like doing new activities. “By age four, a child should be able to dress and undress himself, cut basic figures out of paper and paste them on another piece of paper, draw little stick figures, name four or five colours, understand your jokes, and joke with you,” says Meeker.

Four-year-olds play “Mom” and “Dad”, are increasingly creative with “make-believe” play, would rather play with other children than be by themselves, cooperate with other kids and talk about what they like and what they are interested in. Furthermore, they tell stories, can say their first and last name, comprehend the idea of counting, start to understand time, draw someone with two to four body parts. They catch a bounced ball most of the time and hop and stand one one leg for up to two seconds.

At this age, Meeker says, kids should be able to count, draw a person with the arms, legs, and body in the right places, exhibit imaginary and pretend play (sometimes with an imaginary friend), ride a two-wheel bicycle with training wheels, and articulate well enough to be understood.