WerkNet
Your Family
Your Career
Your Health
Your Money
You and the Law
Occupational Guilds
Solidarity Youth
S-Leer
Home › Articles › Your daughter: Raise her to become a strong woman

Your daughter: Raise her to become a strong woman 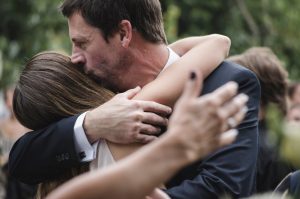 To raise daughters is no easy task. It’s complicated. Messages of empowerment and impressive performances abound, but everywhere depression and anxiety are genuine threats. The growing influence of social media, mutual rivalry and the change in sexual norms place immense pressure on our children.

And in some cases it is much worse for girls, says the American author and psychologist, Lisa Damour. Just think about the world’s narrow view of what beauty is, the prejudice against the female gender’s capabilities, and the pressure to become sexually active before they are ready for it. You, as parent, should try to understand these powers so that you can help equip your daughter – for the sake of her mental health – so that she can become her best, well-rounded person.

Damour tells the story of Nicki, a grade nine girl who suffers from extreme anxiety and insomnia. Nicki stays up late and worries about everything – unfinished homework, the dumb things she posted on social media, tense relationships with friends, taking part in gymnastics which she does not enjoy. Until Nicki on a day breaks her foot and is completely happy about it as it gives her a “real” reason to stop doing gymnastics – as if her deteriorating physical health wasn’t reason enough.

Girls are often influenced by subtle and less subtle messages to believe that their role in life is to please others and to be “perfect” – rather than taking care of themselves and following their own dreams. “This not only leads to anxiety and other mental health problems, but also plays a role in die disarmament of girls and women,” says Damour. From a young age they receive the message that they are expected to always be “nice”, cooperative and to accommodate the needs of others at all cost, to thereby obtain approval from both the family and the societies in which they grow up.

This confuses young girls and they struggle to determine how to always be there for others while at the same time having to take care of themselves, says the Manhattan psychotherapist Yoon Kane, who believes this happens because we teach our daughters to be good and ”nice”, and rewarding them when they show empathy and don’t argue.

Girls who stand up for themselves and sometimes say no, are often seen as being inconsiderate, which is why they rather given in. As a result, we now have a crisis on our hands, says Kane. “The thoughts with which the young women in my practice are struggling, make this very clear.”

Equip your daughter with information and guidance on how to handle the pressure of being a woman by:

All parents feel the pressure to see to it that their daughters behave. We fear that any inconsiderate conduct will reflect on them as well as on us. Of course, there are certain things that must be done and which are non-negotiable. However, we often pressure them to do things which should be optional, such as becoming part of a sports team or inviting someone they barely know to a party. We, as parents, must grasp opportunities in which we can help them to acquire the art of saying “no”, writes Damour.

Our daughters should know how to stand up for themselves – how to say “no” with self-confidence. Strong, outspoken women are measured against different standards from men. A style which is considered to be self-assertion in men is often seen as obtrusiveness in women. Help your daughter to understand that she will have to determine when to be direct and when it would make sense to follow a more indirect approach when challenging authority.

Help your daughter to reflect on the way in which she expresses herself in different situations and what her purpose is with communication. In this way you empower her to choose her words carefully (or not), when necessary.

Your daughter, like all of us, also becomes cross and sad and frustrated. For her these emotions can however often cause anxiety, perhaps because she believes that she should not feel this way and worries that she will be judged. Parents inadvertently contribute to this problem by shrugging off daughters’ feelings as less important, rather than trying to understand them. Of course, you must encourage her to care about others. However, she gets the message that she may not have negative feelings and this undermines her ability to read her own emotions correctly. Instead, show that you are curious about how she feels. This will enable her to say what is bothering her and give her the opportunity to reflect on the meaning of her emotions.

Girls and women experience immense pressure to have perfect bodies and to dress in a certain way. The media make it clear that society appreciates women greatly for what they look like and not for what they are. This obsession with appearance can undermine girls’ self-confidence. A parent’s job is to point out what is good about her daughter: intelligence, a sense of humour, creativity, leadership or other inner qualities, says Damour.

Life if filled with highs and lows. We cannot prevent the lows. However, we can give thought to how we can boost our daughters’ sense of self-worth – in such a way that in later years it will protect her against the battles and hardships of life.