WerkNet
Your Family
Your Career
Your Health
Your Money
You and the Law
Occupational Guilds
Solidarity Youth
S-Leer
Home › Articles › Your teenager and depression: Know the symptoms

Your teenager and depression: Know the symptoms 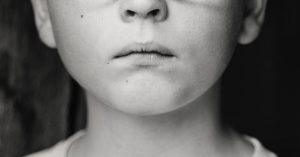 Teenagers worldwide are in the midst of a mental health crisis. Depression and suicide rates under teenage boys have increased since 2010, while the increase in depression under girls has doubled since 2007.

South African children are no exception. According to Lwanele Khasu, a clinical psychologist at Ubuntu Family Health Centre, signs of depression, stress and anxiety can be noticed in our children already from an early age.

“We live in a demanding and stress-filled society. Children are under tremendous pressure to perform academically as well as on the sports field. To that add exposure to high levels of violence (directly and indirectly) – such as burglaries in the neighbourhood, hijackings, news about murder and political issues – and it is starting to overwhelm our children,” says Khasu. Quarrels between parents and financial pressure can also result in numerous South African children, just like our country’s adults, living with post-traumatic stress.

New research shows that smart phones also play a significant role in teen depression. According to statistics, the depression rates worldwide started to increase when smart phones became popular. The generation of teenagers born after 1995 (also called generation Z) was the first generation to spend their entire adolescence in the smart phone era. They are also the first group of teenagers who has experienced social media as an inseparable part of social life.

Depression rates for girls increase faster than those of boys

Girls spend more time on sending messages on their smart phones. Messages are often written, deleted and rewritten. And even a short pause before a reply is received can cause anxiety, according to experts. Girls are also bigger social media users than boys, while it has a much stronger effect on them – popularity and positive social interaction are more important to girls than to boys.

Experts are of the opinion that the way in which personas are created in social media with the number of followers as measure, can lead to stress. Combined with our nature to compare ourselves with others on social media, this can lead to depression. The fact that smart phones are even taken along at bedtime exacerbates the situation, as sleep is also undermined in this way.

What can parents do?

Firstly, parents can help their teens by postponing their entry into social media. The law states that a child may only own a social media account in his/her own name from the age of 13.

Under older teens the situation is more complex as the use of social media is so pervasive. Groups of friends should be encouraged to talk about challenges such as these. A considerable number of teens are probably already aware that social media makes them feel anxious or sad. Let your teen and his/her friends agree to phone one another more, to sometimes take a breather away from social media, or let others know that they will not react to messages immediately – and that this does not mean they are angry or upset.

Khasu warns that parents must take note of their children’s behaviour, especially if a noticeable change occurs, such as moodiness, irritability or withdrawal.

As a parent you need to be on the lookout for signs such as:

If you notice any of the above signs and symptoms in your child and they last for longer than two weeks, you have to seek help. “It then hardly is a phase that will pass,” warns Khasu.

Finally, Khaus points to the fact that mental illness often carries a stigma. “In such a case it is necessary for you to help your child understand that there is no harm in seeking help.”